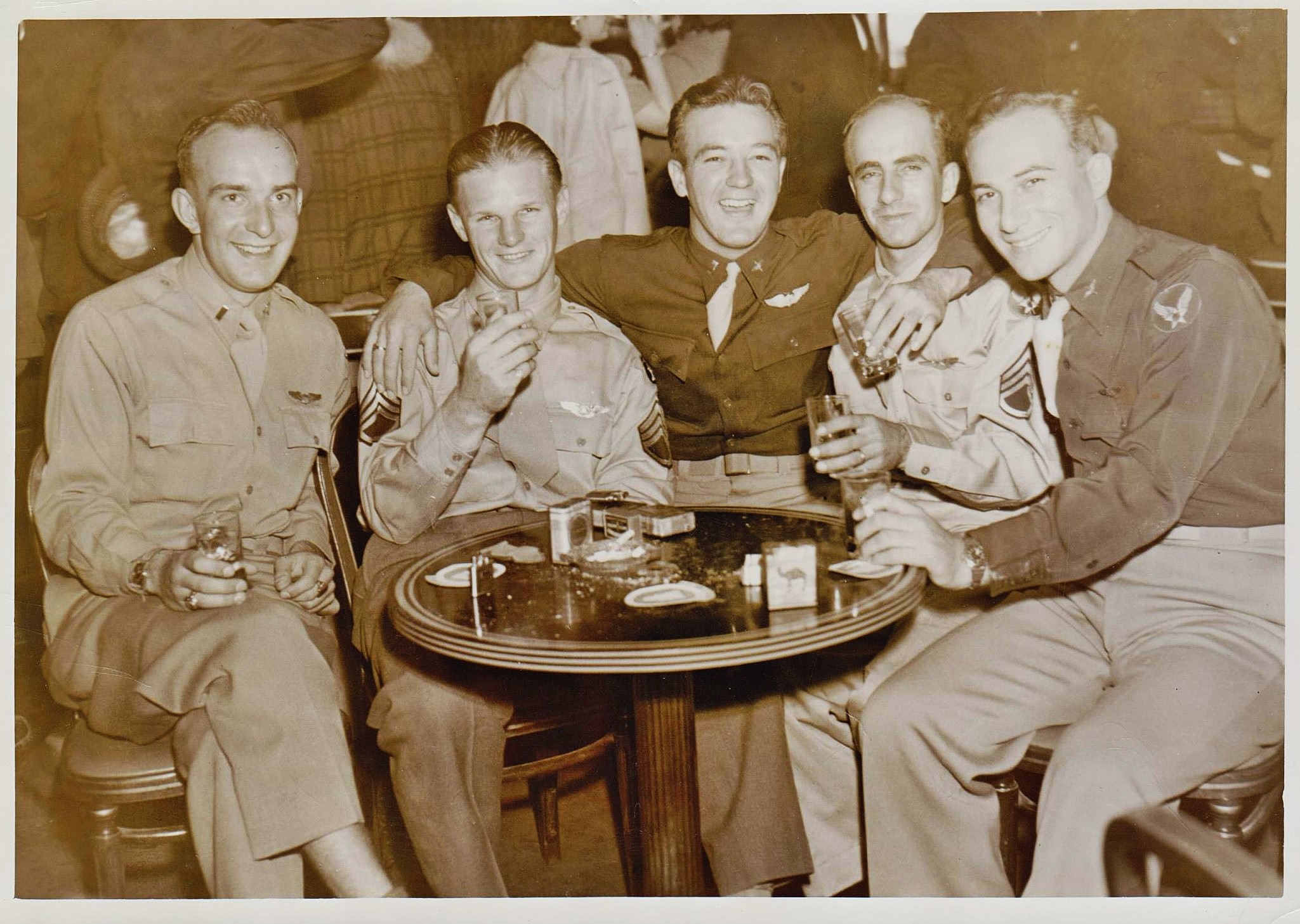 Story ideas can come from anywhere, a dream, a memory, a random comment overheard in a coffee shop. As for my romance-y WWII-set time travel mystery, BERYL BLUE, TIME COP, the idea came from this picture I found in an antiques shop.

Now, it’s no secret I’m a WWII history buff, so when I saw the picture above, I had to buy it (two dollars!). My first thought was, what would it be like to be there with these guys? Well, no, that was my second thought, my first thought was, these dudes are totally wasted. Except maybe Floyd Floodpants there on the left, who looks to be drinking Coke.

A lot of other questions cropped up, but since there’s no identifying info on the back of this 5×7, those questions were—and still are—unanswered. Where was this photo taken? Who were these guys? Were they friends (or the local chapter of the Prominent Forehead Club) meeting up one last time before they were shipped out? Or just a bunch of guys on leave who grabbed an open chair at the local dive and met a bunch of new friends?

Another not-so-secret thing about me is I’m obsessed with the time travel genre. I love to read, watch movies & TV shows, and especially write time travel (and especially, especially if it’s set in WWII). So, seeing this picture, a time travel story popped into my mind: What would happen if a contemporary woman, a fresh and feisty wannabe librarian, maybe, time traveled into this world, and fell for one of these guys?

What if she’s plucked out of her own time by a cop from the future, who sends her to 1943 with a mission to protect the soldier she falls for?

And what if the cop from the future tells her a time traveling madman is after the soldier she falls for and her job is to stop the bad guy by killing him, or the future is screwed? Wannabe librarian as unwilling assassin? Now we’re talking.

And so, BERYL BLUE, TIME COP was born (or written, rather).

Took me a while to get going. There were a lot of who, what, where, and especially why questions to answer before the story came together. Beryl’s backstory got complicated. So did her love life life. That picture, with “Beryl’s Boys,” a bunch of wasted GIs gathered around a tiny, beer-bottle studded table, became a pivotal scene. A wicked funny, romantic but kind of sad and bittersweet scene that set the tone for the rest of story.

BERYL ends on a cliffhanger that sets up two action packed sequels, in which the big question is, will Beryl wear her hair like this (and how much will she complain about it?). 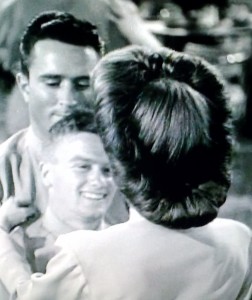